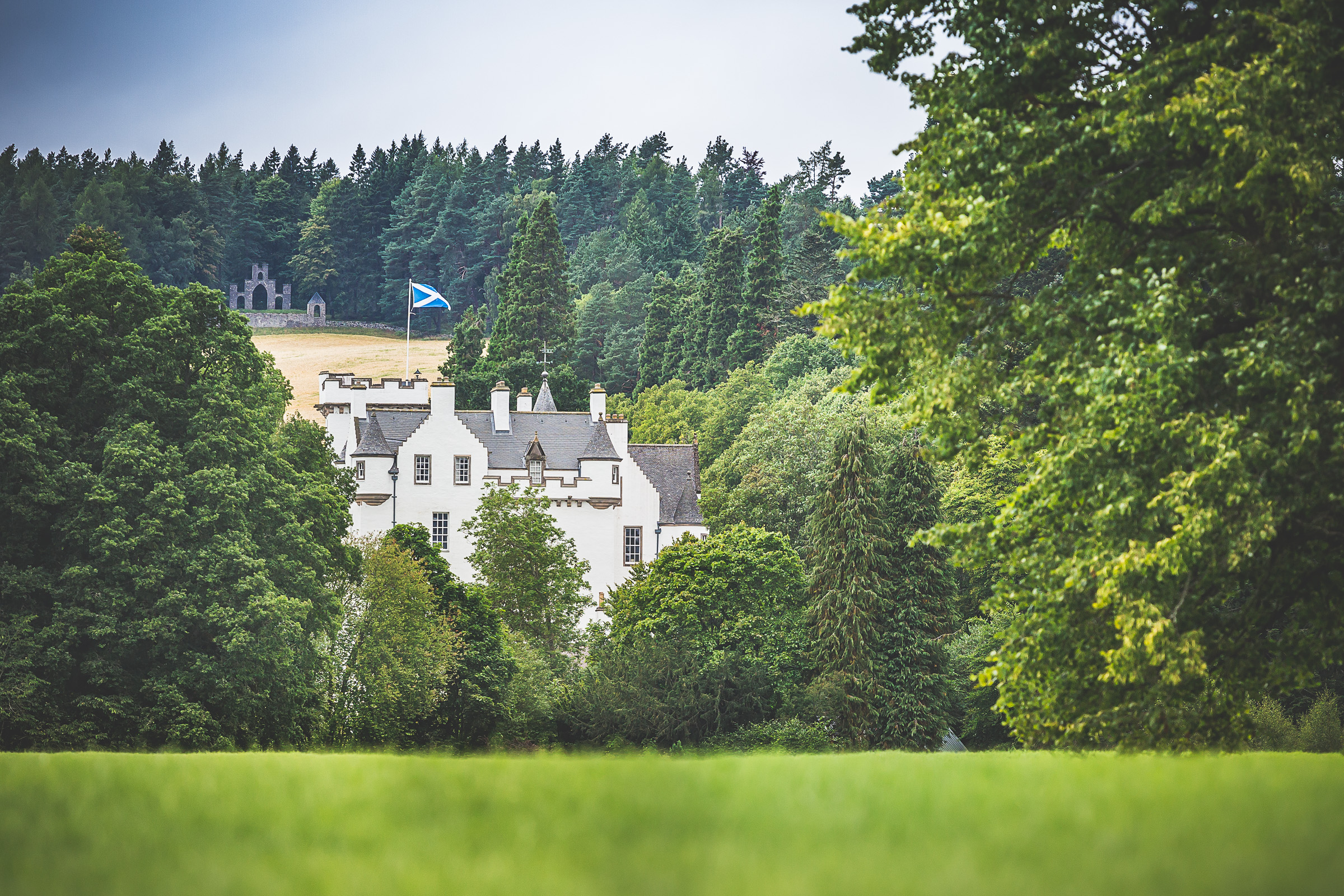 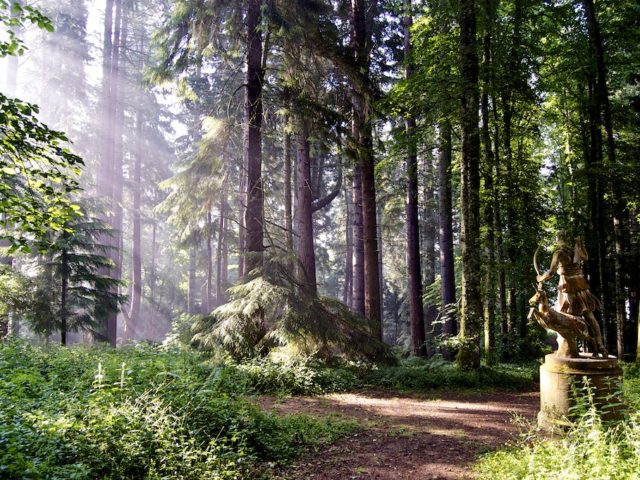 Blair Castle is at the heart of historic landscape which was laid out in the 18th century and features a nine acre walled garden, an extensive wooded grove, a ruined kirk, a red deer park and a gothic folly. Highland cattle graze in fields nearby and the native red squirrel can often be spotted amongst the branches of some of garden’s trees. Peacocks roam freely, a popular photo opportunity for visitors.

Hercules Garden is a nine acre walled garden has been restored to its original Georgian design. Named after the life-sized statue of Hercules which overlooks the garden, it incorporates landscaped ponds, a folly, a Chinese bridge and an authentic orchard of more than 100 fruit trees. The glory of this garden in summer are the herbaceous borders which run along the 275m south-facing wall.

Visitors can enjoy following the Sculpture Trail, which includes a mixture of contemporary and 18th century sculpture, through the castle gardens and grounds. A map and more information, can be found here

Diana’s Grove, a tranquil wooded area adjacent to the castle offers an opportunity to enjoy some of the country’s finest and tallest trees in a space of just two acres.

The Banvie Burn runs through Diana’s Grove and is crossed by two handsome 18th century bridges which give access to the ruins of St Bride’s Kirk with its ancient origins in Celtic times. After the nearby Battle of Killiecrankie in 1689, the Kirk became the resting place for the remains of Viscount Dundee, (John Graham of Claverhouse, known as Bonnie Dundee).